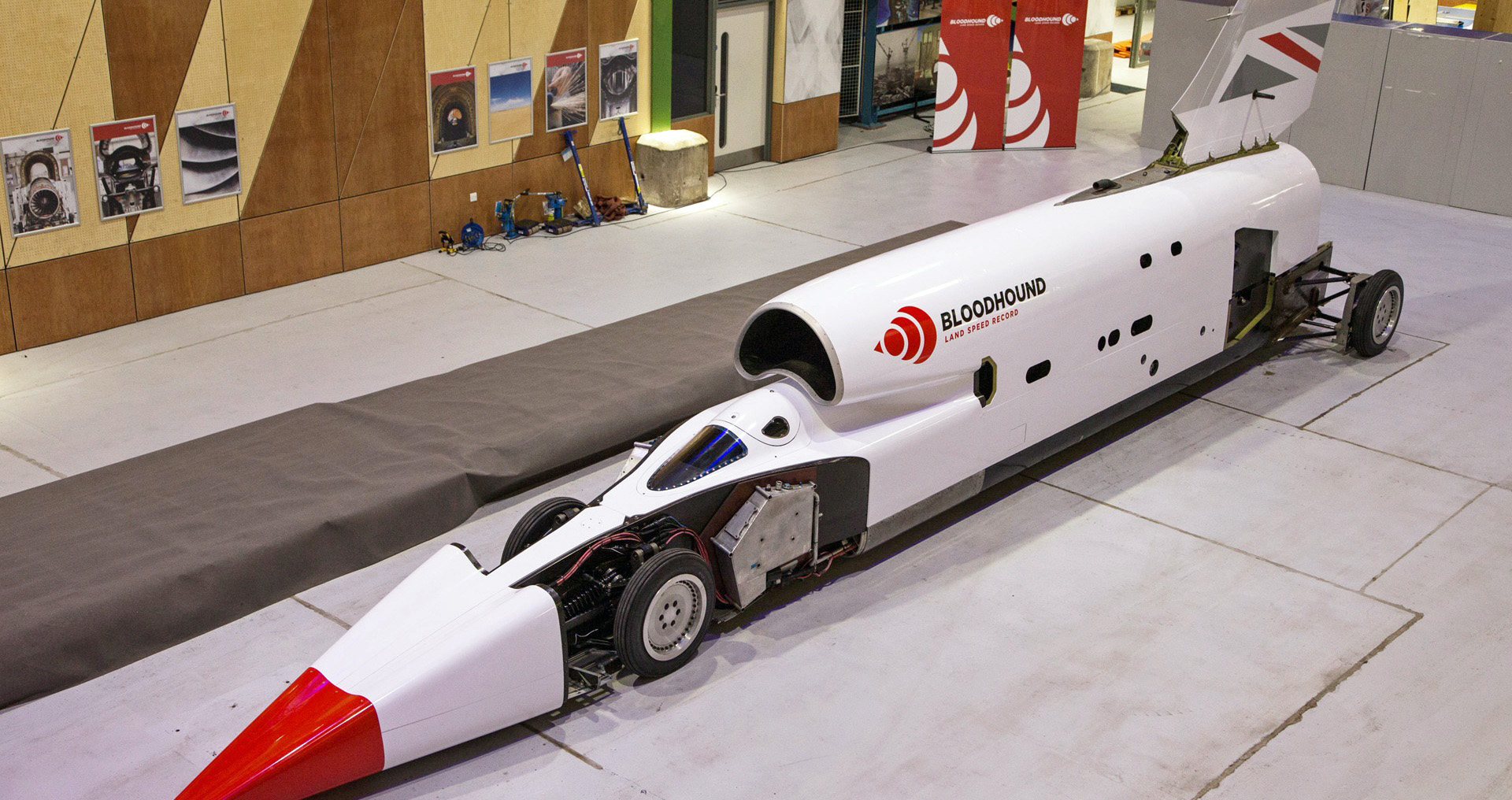 in Education
by hewittstudios
0 Comments

At today’s opening of the project’s new headquarters at SGS Berkeley Green, the Bloodhound Land Speed Record (LSR) team announced they are firmly back on the trail of a world land speed record. Under the new ownership of Ian Warhurst, CEO of Grafton LSR Ltd, the freshly assembled Bloodhound LSR team will focus on completing development of the jet- and rocket-powered car and moving to the next phase of the programme – high speed testing – as soon as possible.

The new name, Bloodhound LSR, accompanies a complete rebranding of the programme. This includes a visual transformation of the car, which was revealed in a new striking red and white livery as it moves into its new home at SGS Berkeley Green University Technical College (UTC) on the Gloucestershire Science and Technology Park, designed by Hewitt Studios LLP.

“We’re excited that Bloodhound is joining us at Berkeley. To have such a groundbreaking engineering project on site which shares our philosophy to enthuse and encourage the next generation of engineers, designers and scientists, will be invaluable for our own students and also for thousands of young people across the region who will have an opportunity to visit the Gloucestershire Science and Technology Park over the next few years and see the car for themselves.”

More information on the announcement can be found on the BBC Science, Sunday Times and Engineer websites.